Echinacea in homeopathy – Learning from the past

Echinacea is according to Jan Scholten in the 17th stage of the periodic table of chemical elements (Wonderful Plants code 666.44.17).

This is the eradication, all has to be erased. It has to be ceased, extinguished, abolished, aborted and finalized. One can be forced to quit or flee, being expelled as an outcast. One has to let go everything, even forget memories. It frees, makes one loose from bonds. One can let go with humor. The opposite is to hold on to things, even taking them without asking.

(Source: The 18 Stages of the Periodic Table)

In this stage is Iodium, a element which has huge impact on the thyroid. The fifth chakra (Vishuddha) is a purification center, where negative experiences are transformed into wisdom and learning. This center of energy processing is associated with the feeling of guilt. In this center the flow of time is perceived and recognized as a grand illusion (non linear and a mental aspect).

Because Echinacea is associated to this elements, the iodine, the fifth chakra, the 17th stage and the lanthanides, it has a special role for many people right in this time of the end of this system. Becoming aware that this system is dying and that we are so close to the new system of things, one may get feelings of guilt, because of having lost a lot of time and opportunities. The constant feeling that everything is going to end is typical for the higher stages between 13 and 17 of the periodic table. 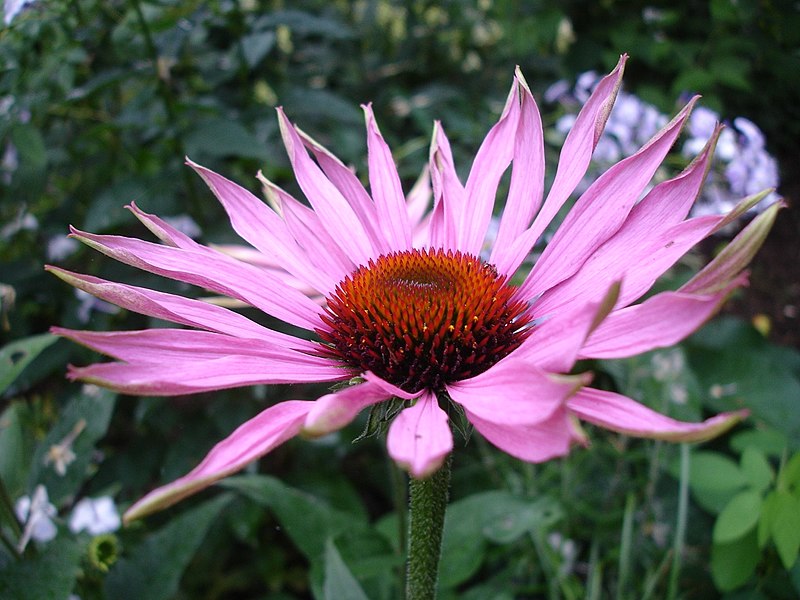 Echinacea then exaggerates his own feeling of guilt by “attacking” the throat. Throughout history people have used echinacea to treat scarlet fever, syphilis, malaria, blood poisoning, and diphtheria. If you analyze the two main symptoms of diphtheria, a sore throat and fever, in regard of the fifth chakra, then you recognize the huge blockage of this energy center. They refuse to communicate in some form or other. Maybe it is not the direct verbal communication, but you may notice that they “hate” cellphones or to respond to a phone call. They feel even offended if someone else pick the phone up and pass it to them.

The past is stored in “energy blocks” around the throat and these experiences are not processed properly (this is how one would describe it if he or she is aware enough). Instead to burn unnecessary information and to learn from the past by transforming this experiences into wisdom, they remain stuck in this feeling of guilt. The ever present feeling that everything is going to end influences their mood and thoughts more than to anyone else. This is similar to the fifth stage of the periodic table, where one does not begin with new things, because they already know that they will fail or hindered by someone else. The fifth stage has some similarities to the echinacea stage because of the malaria symptoms. Malaria is a fifth stage miasm. Echinacea has some of this aspects, which are based also on the “avoiding and postponing the work”, but with other reasoning, that of “everything is going to end, so why should I continue or learn new things”.

How imperfect and delicate human beings are. People loose a lot of energy because of delusions. If you study homeopathy, take especially care of the delusions and the particular symptoms, never ignoring the entire picture and circumstances of the patient. Echinacea is able to restore the fifth energy center if the person has this feelings of “everything is going to end” without recognizing the great hope we indeed have.

The bach flower essence of Clematis has similarities with Echinacea. Both avoids reality by searching relieve in a virtual reality, in fantasies, daydreaming or just in philosophizing.

Lutetium is the chemical counterpart on stage 17 and has many issues with independencies as all lanthanides.