Corentin Louis Kervran (1901 - 2 February 1983) was a French scientist. Kervran was born in Quimper, Finistère (Brittany), and received a degree as an engineer in 1925. In WWII he was part of the French Resistance.

In the 1960s, Louis Kervran conducted experiments and studies demonstrating violations of the law of conservation of mass by biological systems, specifically during the formation of egg shells. As Louis Kervran pointed out, the ground in Brittany contains no calcium; however, every day a hen lays a perfectly normal egg, with a perfectly normal shell containing calcium. The hens eagerly peck mica from the soil, and mica contains potassium - a single step below calcium in the periodic table of elements. It appears that the hens may transmute some of the potassium to calcium. The following is a possible pathway, shown in simplistic form: 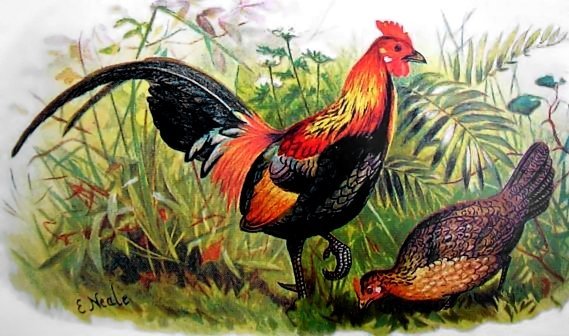 Furthermore, if one tests this assumption, it is quickly shown to be true. Hens denied calcium but not potassium, stay perfectly healthy and lay perfectly normal eggs. Hens denied both potassium and calcium will be sickly and lay only soft-shelled eggs. If these sick chickens are allowed to peck only mica - which they will frantically do - everything returns to normal again.

Kervran said that his work was supported by prior studies and by reports of industrial accidents involving carbon monoxide. Enzymes can facilitate biological transmutations using the weak nuclear force, by what he called “neutral currents.” His response to criticism is to claim that physical laws do not apply to biological reactions. Kervran’s theories seem to be based on the philosophy of yin and yang. In 1978, philosopher George Ohsawa, the founder of the macrobiotic diet, said that he had himself managed to transmute carbon into iron, with oxygen being the yin and carbon being the yang.